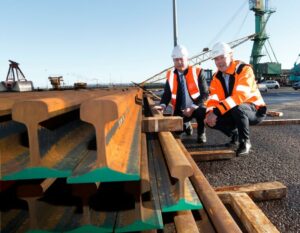 SENIOR Irish Rail officials have indicated that switching from freight to passenger rail services in time for the 2027 Ryder Cup in Adare may be easier than previously thought.

Officials from Iarnród Éireann were present at an Adare/Rathkeale Municipal District meeting to give a presentation on phase one of the Foynes rail line restoration project.

Following the presentation, which stated that phase one should conclude by 2025, Cllr Bridie Collins (FF) asked about the technical process of switching from freight to passengers.

“The first phase investment of €105 million is hugely welcomed. The potential of this is massive. I will stress that bringing the passenger element to that line is vital,” she said.

Dave Vaughan, Project Manager with Iarnród Éireann, said: “There wouldn’t be a whole lot involved in switching over other than the provision of stations and the connection at Carey’s Road, on the Limerick end.”

Cllr Collins pushed back, stating that elected representatives were (previoulsy) told that passenger services would require a different licence and that the National Transport Authority (NTA) would have to get involved.

Mr Vaughan said this was not true, stating that it would consist of Irish Rail considering the number of level crossings on the line and whether it would be tolerable, comparing an infrequent freight train service to a higher frequency passenger service.

He added that farm crossings on the route, with poor lines of sight, would have to be analysed.

“The track infrastructure, the bridges, the drainage, all that stuff doesn’t change. It’s the provision of stations, with platforms, shelters, ticket machines and parking, that has to be considered,” Mr Vaughan said.