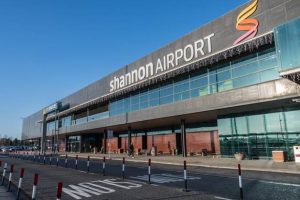 Ryanair confirmed that from April 2023, they will be flying from Shannon to Porto, which will operate twice weekly as part of its summer 2023 schedule. This is great news for mid-west holiday makers.

Porto is a coastal city in the north-west of Portugal and is known best for its stately bridges and port wine production.

“To mark the good news, we’ve launched a limited-time seat sale for early bird customers looking to bag themselves a bargain on their Summer ’23 holiday with fares starting from just €29.99 available now on Ryanair.com.”

Earlier in December, the airport announced a new Liverpool service with Ryanair set to operate twice weekly on Fridays and Sundays from March 26, 2023.

Summer 2023 will see Ryanair operate 27 routes from Shannon with three based aircraft providing over 180 weekly flights to sun and city break destinations.

This latest announcement represents a capacity growth of over 35% on Ryanair services from Shannon for Summer ‘23.

This comes in addition to their €10 million investment with the recent opening of their 3-bay heavy maintenance hangar facility at Shannon creating over 200 new high-skilled jobs.