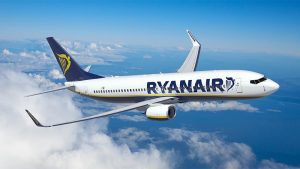 Ryanair looks set to further expand its operations at Shannon Airport and reintroduce a twice-weekly service to Liverpool.

The welcome news for Shannon comes soon after the recent confirmation of new services to Porto in Portugal and Naples in Italy from next March. Also in March 2023, Ryanair will operate a twice-weekly service to and from Liverpool. The first flight will take place on March 26th and operate on Fridays and Sundays.

While no formal announcement has been made here, the new route has been confirmed by Liverpool John Lennon Airport as part of its Summer 2023 schedule.

Liverpool is one of the UK’s most important musical and cultural hubs while the revived route is also expected to prove popular with soccer fans.