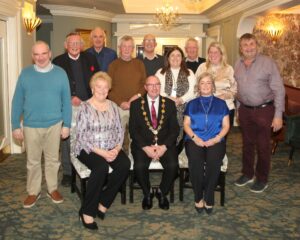 THERE were celebrations in Adare on Wednesday night at an event to mark its success in their year’s Supervalu Tidy Towns competition.

It was announced last month that the village and its Tidy Towns committee had been a awarded gold medal in the national competition.

In addition, it won the County Award with Ardpatrick Tidy Towns coming in second and Galbally Tidy Towns third.

Mayor of the city and county of Limerick, Cllr Francis Foley, attended 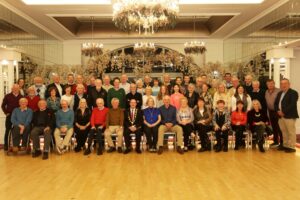 Wednesday’s event at the Woodlands House Hotel where he congratulated members of the committee and the volunteers for their trojan work.

The County Award was also presented on the night.

« The Oak Room at Adare Manor is named Hotel Restaurant of the Year at the FOOD&WINE Awards 2022Work to begin on reopening Foynes-Limerick rail line. »