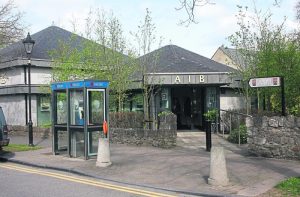 AIB has said it has “decided not to proceed” with the proposed changes to its bank services that would have seen a further 70 branches no longer process cash.

In a statement on Friday morning, the bank confirmed the U-turn in its policy.

The move was welcomed by Minister for Finance Paschal Donohoe.

“Banks have a key role in maintaining the flow of cash through the economy and ensuring appropriate access to retail banking services for all in society, including the vulnerable,” he said. “I note the significant public reaction to AIB’s announcement earlier this week, and I welcome the bank’s decision not to proceed with the proposed changes to customer services in certain branches.”

Taoiseach Micheál Martin had earlier called on the bank to reconsider the policy. “I think AIB should reflect on this. I think the banks are part of society; they’ve got obligations as well in terms of the social contract,” he said from Singapore.

“In recent years there has been a dramatic increase in the use of digital banking services and a decline in branch visits and cash usage,” AIB said in a statement. “In AIB’s case, there are 2.9 million daily digital interactions compared with 35,000 customer branch visits. There has been a 36 per cent decline in cash withdrawals from ATMs and a 50 per cent fall in cheque usage over the past five years.

« Captain Declan and his team welcomed to Adare.Former Croagh TD takes up new role with TikTok »