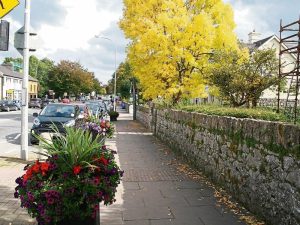 A decision on the granting of planning permission for the Adare Bypass and new Foynes to Limerick Road has been delayed again.

An Bord Pleanála is now due to make a decision on the proposed 35km development on August 15th.

The planning application was first lodged in late 2019, but several proposed deadlines have been extended.

This project is to comprise a 15.6 km dual carriageway from Foynes to Rathkeale, and 17.5km motorway from Rathkeale to the existing motorway near Limerick city.

It aims to bypass Adare and connect the Port of Foynes to the motorway network.

Limerick City and County Council applied to An Bord Pleanála for planning permission in December 2019 for the development.

A decision was initially expected last year, first in June, then October, then November.

An Bord Pleanála then gave expected dates this year in January, March, and May, but all passed without a decision.

It’s now due to decide on the case by August 15th.

« JP’s gifts to wives and girlfriends of golfers.Adare Village Website Photos at Pro-Am »