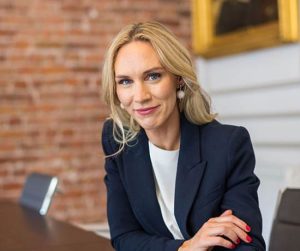 The Chief Executive Officer (CEO) of Limerick Chamber of Commerce has stressed the importance of the introduction of the proposed dual carriageway between Limerick and Foynes.

The N69 is set to bypass Adare and provide a better link between the Port of Foynes and Limerick City.

Ms Ryan said: “the limerick to Foynes dual carriageway is a really crucial piece of infrastructure as it will link the Port of Foynes to the motorway system here in Limerick”.

“It (the bypass) will help the Port of Foynes develop and expand further.”

“That port particularly is really critical for the whole of the Mid-West region if not the country in terms of what it can do for us from the point of view of offshore renewable energy.”

Ms. Ryan also said that the development of the Adare bypass will be crucial for hosting the Ryder Cup golf tournament which is set to be played in Adare Manor. Ms. Ryan said she believes that if planning permission is given, the expectation that the work on the road will start from the Adare end to get as much of the road underway as possible in preparation for the Ryder Cup.

With Adare Manor hosting the Ryder Cup it meant that the Foynes to Limerick bypass was fast-tracked and the project was designated as a “redline priority.”

“I’d be critical about the lack of support that it has received at Government level to make it happen faster.”

Fianna Fail TD for Limerick, Niall Collins also expressed his disappointment about the delays from An Bord Pleanála calling it “unacceptable.”

The TD said that the communities around Adare and right across West Limerick are expecting that this large scale infrastructural project will proceed as soon as possible.

“I’ve communicated my disappointment to An Bord Pleanála and I have written to them urging them to make a decision as soon as possible.”

“It’s high time now that we get on with this project.”

The proposed road is 35km in length and it includes approximately 15.6km of dual carriageway from Foynes to Rathkeale and approximately 17.6km of motorway from Rathkeale to the existing motorway network at the M20/N21 junction at Attyflin.

A service station for HGV vehicles is also planned at Foynes.

Limerick City and County made an application to An Bord Pleanála for planning permission for the scheme in 2019 but a decision has been delayed several times.

In a statement to Limerick Voice the Council said: “The Oral Hearing for the Foynes to Limerick Road (including Adare Bypass) was held in February 2021 and the matter is to be decided by An Bord Pleanála”

“No decision has been received yet in relation to the Oral Hearing.”

From the Limerickvoice 9th April by William Kellett.