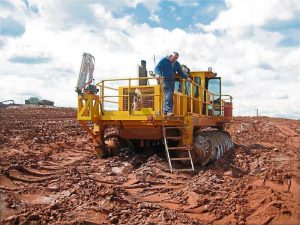 Aughinish Alumina, Europe’s largest alumina refinery, say a number of new developments are necessary at their plant near Askeaton, in order to continue production until at least 2039.
Earlier this week, four of the six councillors for the Adare – Rathkeale area visited Aughinish Alumina and are expected to discuss the executive report at their Municipal District meeting this Thursday.
A statement from the councillors is expected following that meeting.

Without these new developments, the company says in a new planning application to An Bord Pleanála, the plant would cease operations in 2030 “based on current production levels” of 1.9m tonnes of alumina a year.

Aughinish Alumina, which has operated since 1983, currently employs 482 people with an additional 385 downstream, maintenance and contract jobs.

“The closure of the facility at Aughinish would result in a significant loss in highly-skilled employment opportunities in the wider area and result in the loss of one of the state’s major industrial manufacturing facilities,” the company says in its planning application.

The company now wants permission to expand capacity for two of its by-products, bauxite residue and salt cake, by raising the heights they are stored at.
Bauxite residue is a non-hazardous red-coloured material and is currently banked, to a maximum height of 32m in an open, 184 hectare site, known as the Bauxite Residue Disposal Area (BRDA) or red mud pond.
The company now wants to raise the height by 12metres to a maximum 44metres.

See the full article in the Limerick Leader.