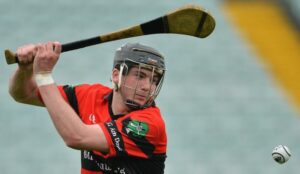 SURPRISINGLY relegated into the lesser qualifying group of the senior hurling championship last year, Adare made no bones of saying that wasn’t where they wanted to be when scoring an impressive 2-27 to 1-16 victory over Monaleen at the LIT Gaelic Grounds on Friday evening.

A game that was tight enough for most of the first half was suddenly removed of doubt when Ronan Connolly’s goal seven minutes before the break was followed by five rapid-fire points to leave the City club facing a deficit that was never likely to bridged.

The game was won and lost down the middle where losers couldn’t match the power, experience and touch of Adare’s central spine of All-Ireland winning captain Declan Hannon, Wayne McNamara, John Fitzgibbon and sharpshooter Willie Griffin who turned on the class whenever any sign of resistance appeared. Griffin scored six points from play over the hour.

Adare’s advantage was out to 10 points, 1-22 to 0-15, by the three quarter stage and the West Limerick side scored a second goal in the final quarter from Mike Keane.

Monaleen’s goal arrived late on through their Limerick U20 player Donnacha O’Dálaigh.

From:
John Redington at the LIT Gaelic Grounds 4 Sept 2021