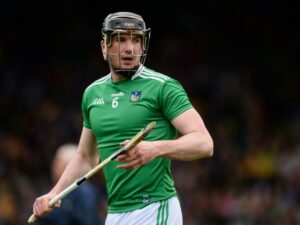 John Kiely’s men were 1-25 to 0-17 semi final winners over Waterford this Saturday evening in Croke Park. The 11-point win sends the men in green into an August 22 final against Cork or Kilkenny.

It will be a 19th ever final for Limerick and the first time they have reached back-to-backs finals since 1973-’74.

A traffic incident on the M7 delayed supporters from Limerick and Waterford so the throw-in was pushed back 30-minutes but it appeared to matter little to both sets of players who hit the ground running.

At half time Limerick were 0-15 to 0-7 ahead after a superb second quarter. It was a one point lead at the first water break on 16-minutes but Limerick then went up another level to ‘win’ the second quarter 0-11 to 0-4. It was a half in which Waterford had eight wides – one more than Limerick.

But Limerick had eight different scorers from play, compared to four for Liam Cahill’s side.

It was a thunderous start from Waterford but despite their physical approach, Limerick were 0-3 to 0-1 ahead inside four minutes with Cian Lynch and Seamus Flanagan scores leading the way – both had three points by half time. The Lynch and Flanagan scores came inside two minutes and Limerick were not to score from play again in the opening quarter.

On the resumption, Austin Gleeson had the game level for the first time on 19-minutes.

Limerick then took off and found six successive points to lead 0-10 to 0-4 as the mist came down for the first time since the game’s start. Gearoid Hegarty and Diarmaid Byrnes had points in this spell.

Waterford did reply but the Limerick juggernaut continued and Peter Casey and Tom Morrissey ensured all starting forwards were on the scoresheet by the 31st minute.

William O’Donoghue finished out the half with an injury time score as the men in green brought an eight point lead into the half time dressing room under the Hogan Stand.

Limerick were to build on that lead by just one point in the third quarter – thanks to an Aaron Gillane goal right on the whistle for the break. While Tom Morrissey had a point after 13-seconds of the new half it was a sluggish start to the net half.

Back came Waterford with five of the next six scores and it was a 0-18 to 0-12 game and the stopwatch showing 50-minutes. Limerick responded to the Waterford challenge with Byrnes and Morrissey points.

Then came the goal – Peter Casey did well to win possession off a Waterford lineball in the right corner and slipped a fine pass to the in-rushing Hegarty and when passed over the top to Gillane, he blasted high across the keeper to the net. As the game entered the final quarter the lead was restored back to 10-poibnts but then on 59-minutes came a straight red card for Peter Casey.

Limerick saw out the final minutes but there was an injury to Barry Nash – Colin Coughlan making his senior debut as a replacement.