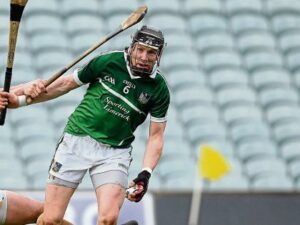 LIMERICK played in the last Munster SHC final hosted by the ‘old’ Pairc Ui Chaoimh and this Sunday the men from Shannonside are back to play in the first provincial senior hurling final since the redevelopment of the Blackrock venue.
Back in 2014, defeat was Limerick’s lot as TJ Ryan’s defending champions lost 2-24 to 0-24 to Cork.

Within two years of his inter-county retirement in October 2016, McNamara emigrated to work in Abu Dhabi.

”You still maintain the interest – for me it’s about trying to hold onto your identity. For us identity is GAA, which is massive. It is a bit more difficult because Sunday over here is a working day and depending on the time of the year we can be three or four hours ahead. There is a huge Irish community out here called Victors and that would be the main area to watch all GAA games. When you are away it could be out of sight, out of mind but no you stay in touch and connected. The way Limerick are going at the moment it is very easy to follow them and watch them,” outlined McNamara who made 23 championship appearances for Limerick between 2008-2015 as well as playing in 44 league ties across his nine years in the senior panel.

”2018 was a fantastic year – I was a full supporter. 2017 was my first year out and it is strange and you have to adjust but 2018 was just a roller coaster and I was lucky to get to most games and what an enjoyable year. You try to support as much as you can from over here even though you are slightly removed – it is difficult at times.”

Read the full article on www.limerickleader.ie

Photo with permission of Limerick Leader.