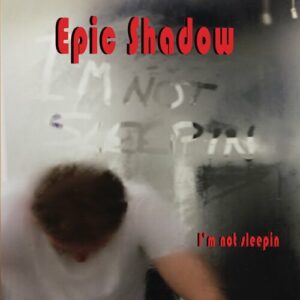 Spare Time Records is proud to announce the release of I’m Not Sleepin by the Irish rock band Epic Shadow from Adare. Frontman Noel Alfred has penned ten contemporary songs that resonate with the complexities of the COVID-19 era. Bandmates Tom Shinny (guitar), Ciarán Mullins (bass), and Brendan Heffernan (drums) have joined in crafting the sound of this music during two decades of playing the bars of western Ireland. Unlike a number of contemporary groups, this is a real band and not just a singer and some sidemen. In spite of the splendid variety of songs on this album, there is a strong consistent identity that says, “This is Epic Shadow.” Yeah, just for some added craic, they are joined on a few tunes by Spare Time Music Director Bobby Ogdin on keyboards, the durable Bruce Dees (guitars and vocals), the ex-pat Kirk Beasley (bass), and the amazing Billy Contreras (fiddle).

Spare Time — We may not be sleepin but we’re still rockin’. Are you? I mean, how much sleep do ya need?