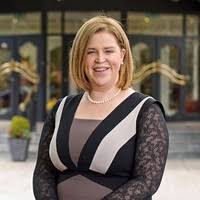 Elaina Fitzgerald Kane, President of the IHF, calls for a review of help for the hospitality sector.

Taoiseach Micheál Martin’s comments on Saturday that he does not foresee pubs and restaurants being open again before mid-summer have continued to anger the hospitality sector.

The Irish Hotels Federation (IHF) has said the tourism industry is “devastated” that the hospitality sector is unlikely to open before the mid-summer mark.

Elaina Fitzgerald Kane, President of the IHF, called for a review of help for the sector and warned:

“Failure to provide adequate supports now will have long term implications that could take years to repair.”

In an interview with RTÉ Raidió na Gaeltachta on Saturday, Mr. Martin said the new coronavirus variants were of most concern to the Government and public health doctors, and because of that reopening the country would be very slow.

Asked about the reopening of hospitality, he said: “We don’t foresee that before the middle of the summer…what the public health authorities are saying is that we stick with this until end of April, then we reflect on the situation and make decisions about the months ahead.”

“There won’t be much of a change (after this phase) because the numbers are still too high…what we intend is to reopen schools gradually…it will be slow, we’ll be cautious, because we have to monitor the effect on the virus. The biggest challenge we face is new variants as they could impact the vaccines. It’s sensible to open slowly, as the vaccines are coming.”

Elaina Fitzgerald Kane reacted today, saying: “Public health must always be the number one priority and we recognise the difficult balance the Government has to achieve.

“However, our tourism community is devastated to learn yesterday in a radio report that the hospitality sector is unlikely to reopen before mid-summer. This has resulted in acute frustration and anxiety.”

She said that prior to the pandemic, 270,000 people’s livelihoods were supported by tourism and 70 per cent of these were outside of Dublin.

“In some cases, whole communities are built around tourism,” she added.

Elaina Fitzgerald Kane called for “an urgent review of the existing supports for the tourism and hospitality sector. “If the all-important summer period is being eroded, additional supports are now required to safeguard businesses and the livelihoods they support until society reopens and the sector and wider tourism industry can recover.” The IHF also asked the Government to intervene with the banks “to ensure they have appropriate supports and engagement processes in place for our businesses and team members until Covid-19 has been suppressed.”
She said: “The implications of yesterday’s announcement are huge in terms of confidence in the survival of Irish tourism.

“Our people are our greatest asset and today 160,000 tourism people who have temporarily lost their jobs, learned that their employment is unlikely to be restored until mid-summer”

“This is about real people and real livelihoods.” Elaina said.