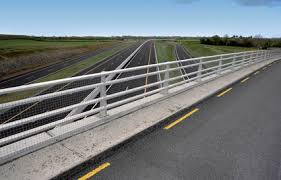 TRAFFIC on the current road between Limerick and Foynes is significantly above what it’s designed to take, an oral hearing into the proposed new Adare bypass has heard.

An Bord Pleanala has today opened a two-and-a-half week inquiry into a proposed new Limerick to Foynes route. As well as bypassing Adare, the €450m 35km road is designed to connect the Foynes Port to the motorway network. It’s seen as vital to remove traffic from Adare in time for the 2027 Ryder Cup, and also the development of the Port, which is expected to see an increase in cargo in the wake of Brexit.

Addressing the hearing, Seamus MacGearailt of Roughan O’Donovan engineers – appearing on behalf of Limerick City and County Council – said: “It will improve the integration of Ireland with the rest of the European Union especially in the new context with a need for more direct shipping links which bypass Britain.” Referring to the existing N69, he said it’s “untenable such a poor quality road could cater for the necessary growth of heavy goods vehicle traffic to Foynes Port envisaged in the numerous planning policies.”

Mr MacGearailt said that the current Limerick-Foynes road has a safe traffic capacity of just 5,000 vehicles a day on average.

“Already, the traffic volumes along this road in 2017, ranged from 6,350 near Foynes 27% above the 5,000 capacity, to 11,750 near Limerick. This severe traffic pressure contributes to the very poor road safety record along this route, with collision rates more than twice the national average,” the engineer added.

He also pointed out that the N69 is not suitable for pedestrians and cyclists.

“The new road will bypass six urban settlements – Adare and Croagh on the N21 and a necklace of four villages on the N69 – Mungret, Clarina, Kildimo and Kilcornan, which will improve the quality of life for these communities with reduced traffic congestion, associated noise and air pollution,” Mr. MacGearilt added.

As part of the new road, some 64 bridge structures will be built, the hearing’s first day heard.

There will be five significant river bridges, 18 other river and stream bridges, three bridges over the Foynes-Limerick rail line, 22 underpasses and 16 over and underbridges to cross existing roads and access tracks. In order to deliver the road, the hearing was told that one million cubic metres of landfill will need to be brought into the region, with the other three million required sources at local cuttings. The oral hearing is split into two sections  – the planning application for the road, and the compulsory purchase orders from 70 landowners along the route.

The oral hearing, which is taking place virtually before inspector Patricia Calleary, continues.

« Knockfierna Cross, a beacon of light in these dark timesNew Limerick road is ‘crucial to logistical planning’ for Ryder Cup »