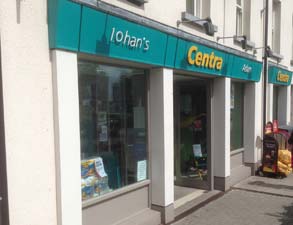 The Garvey Group has announced that it has acquired Lohan’s Centra Adare from Sean and Andrew Lohan. This will become the group’s third store in Limerick, with the group already operating Garvey’s SuperValu in Corbally and Garvey’s Centra in Newcastle West.

The store employs 31 full and part-time staff, who will now transfer to the Garvey Group.

The Garvey Group say they plan to build on the success of Lohan’s Centra Adare by leveraging their track record in Fresh food, having been recognised at the Best in Fresh awards for the last three years running, as well as stores from the group winning Supervalu ‘store of the year’ for the past number of years, and winning ‘National Off Licence of the year’.

Garvey Group MD Kevin McCarthy and Finance Director Jim Garvey said that the group takes great pride in offering customers the best of Irish produce, supporting local causes and going above and beyond for the community, particularly during COVID-19 when people rely on their local store, more than ever.

The acquisition of Lohan’s Centra Adare means that it will become the group’s tenth store. The Garvey Group also own and operate 2 hotels in Kerry, the Dingle Skellig Hotel and Dingle Benners Hotel.

Following the acquisition of the Centra Adare store, the Garvey Group now employs 800 people across its network of retail stores and hotels in Kerry, Cork, Limerick and Waterford.