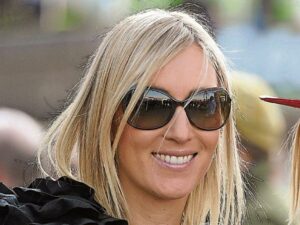 LOVING tributes have been paid to Emma McManus (nee Ledbetter), the daughter-in-law of JP McManus, after she died suddenly in Barbados. Mum-of-three Emma, who was just 40, passed away on Thursday after taking ill. It is understood she was brought to a local medical centre where she sadly passed away. A post-mortem is to be carried out to establish the cause of death, but foul play has been ruled out. She had been on the Caribbean island with her husband-of-ten-years John and the wider McManus family.

Businesswoman Kay Mulcaire, a friend of Emma’s for a decade, described her as “so pleasant, so kind and so warm”.
“She would always call into our boutique when she came to Limerick. She was just a very pleasant girl. So beautiful, kind, generous and very unassuming. I think it’s a terrible loss for her husband, her family and her kids. Especially at Christmas too.”

“There is just devastation. This is meant to be a lovely time with your family, and to be taken like that just too quick. She only turned 40 last July,” said Ms Mulcaire, who runs Isobel Boutique and Mark Cain in Adare. “The McManus’s are such a good family. What a way to end their year. It’s just horrible,” she added.

Higher Education Minister and Limerick TD Niall Collins added: “It’s just so tragic and sad.”
“I’d like to express my sympathies and condolences to John McManus and his family. It’s an awful tragedy to happen so far away from home and especially at Christmas-time. The fact they have three young children. I’m sure I speak for people right across Limerick in expressing our sadness and condolences,” he added. Emma is the daughter of former tennis player, Peter Ledbetter who also helped build up the late Tony Ryan’s commercial aircraft sales and leasing company Guinness Peat Aviation in the 1970s.
The McManus family had been enjoying a Christmas break staying in a private villa on the grounds of their luxury Sandy Lane resort.
It’s understood Emma’s parents were also with them. Emma is a graduate of Trinity College Dublin, while John is a former student at Glenstal Abbey in Murroe.

(Article and photo from Limerick Leader).