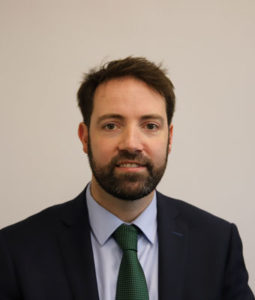 Green Party TD Brian Leddin has told the Dail he hopes the Limerick – Adare rail line can be reopened ahead of the 2027 Ryder Cup. The prestigious event, which will feature the best golfers from Europe and the United States, is to be hosted by Adare Manor Hotel and Golf Resort.
Speaking in the Dail during a debate on Transport in the context of Covid-19, Deputy Leddin said investment in rail infrastructure should be prioritised to drive development in cities and regions across the country – particularly given the impact of Covid-19 on working patterns.

“We are beginning to see a new model of working, which could be a significant driver of regional development if we can continue to develop our rail transport infrastructure to service our regions. This is the model of hybrid remote working, where employees mostly work remotely but come into the office perhaps once a week, or a few times a month,” he told the transport minister Eamon Ryan.

Mr Leddin went on to call for investment in the rail network in cities around the country.
“In Limerick, we have an opportunity to reopen lines. I hope we can reopen the Limerick-Adare rail line in time for the prestigious Ryder Cup, which is to be held in Adare Manor on its 100th anniversary in 2027. Simultaneously, we can reinstate the line further to Foynes, to enable the ambitious plans for expanding the port to drive the offshore renewable energy revolution. We can establish a suburban rail network for Limerick, with new stations at Ballysimon, Moyross and Raheen, and expand capacity by doubling the track between Limerick and Limerick Junction and begin the work of planning a rail link to Shannon Airport,” he said.

(Article by David Hurley of the Limerick Leader)