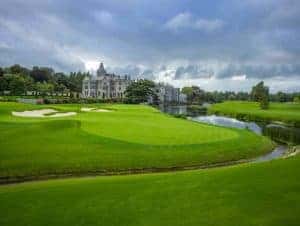 It was confirmed today that Adare Manor is to host the 2026 Ryder Cup, which will be the biggest sporting event ever to be held in this region. Guy Kinnings, European Ryder Cup Director, said: “We are delighted to announce The 2026 Ryder Cup will be staged in Ireland at Adare Manor which is a world class venue, both in terms of the golf course and the wider resort facilities.
“Today’s announcement would not have been possible without the support of An Taoiseach Leo Varadkar and the Irish Government who are in receipt of our grateful and heartfelt thanks. Months of careful negotiation behind the scenes have seen us arrive at this point and we could not be happier to be able to take golf’s greatest team contest back to Ireland.

“Equally in receipt of our appreciation are Adare Manor owners JP and Noreen McManus and their entire team at the magnificent County Limerick venue. JP has shown unwavering support for golf and the European Tour over many years and we are delighted that Adare Manor will be the venue to showcase the next chapter in Ireland’s Ryder Cup story in seven years’ time.
“Aside from having provided three Captains over the past four editions, in addition to world-class talent such as Rory McIlroy, Irish players such as the late Christy O’Connor Jnr, Philip Walton, Eamonn Darcy, Graeme McDowell and Paul McGinley are intrinsically linked with providing Europe’s winning moments over the years.
“Added to that the fact that Irish golf fans are rightly recognised as some of the most knowledgeable and passionate in the world, as was shown during Shane Lowry’s emotional Open Championship triumph at Royal Portrush on Sunday, there was no question in our minds that the time was right.”