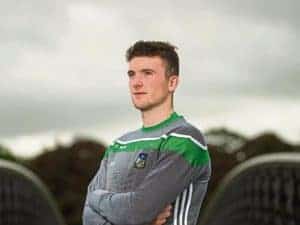 Good luck to Declan and the Limerick Team in Sunday’s All Ireland Hurling Final.

Adare’s Declan Hannon bids to become the first Limerick man to lift the ‘new Liam MacCarthy Cup’, which was first presented in 1993 and to also to mark the 100th anniversary of the 1918 title in style.

Captaining winning sides is nothing new to Declan. In Primary School he captained West Limerick divisional side to a Mackey Cup title in 2005. Three years later in secondary school, he captained Ardscoil Ris to a first ever Dean Ryan (Munster U-16) title and in 2011 he was captain when that group won a Harty Cup. When Hannon moved onto third level in Mary Immaculate College he captained them to the 2016 Fitzgibbon Cup title.
On Sunday he will hopefully lift the Liam MacCarthy Cup. ”We are going to have to come with an intensity that we probably haven’t hit all year to match Galway, because they are so strong and physical and skilful. We are going to have to match that for 70-minutes and if we do that we will be there-or-thereabouts,” stressed the Limerick captain.