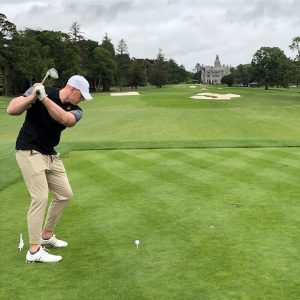 American football superstar, J J. Watt, has tweeted that Adare Manor is “one of the most beautiful places I’ve ever been and probably the nicest course I’ve ever played”. He added, “I’m not just saying that because I shot my best round ever..94” This is wonderful score over one of the hardest courses in Europe.
This is great exposure for Adare Manor, as the Houston Texans NFL Player has in excess of 5 million followers on twitter.
Twenty-nine-year-old Justin James Watt is an American football defensive end for the Houston Texans of the National Football League. He was drafted by the Texans with the 11th pick in the first round of the 2011 NFL Draft, and played college football at Wisconsin This year, he was named on the Time 100 Most Influential list, for his “star on and off the field”.

High praise indeed for the Golf Course at Adare Manor from an American football superstar.