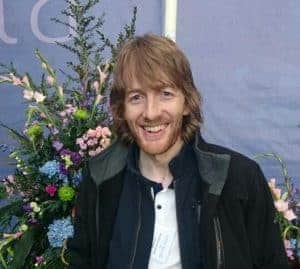 Fr Chris O’Donnell from Adare was honoured for his work with the diocesan youth ministry, of whom the Bishop of Limerick, Dr Brendan Leahy said when Fr Chris won the Limerick Person for the Month of July “The monthly Limerick Person of the Year award as I have experienced in my time here goes to people who have really stood out and done something notable. That our diocesan youth ministry team, led by Fr Chris O’Donnell and Aoife Walsh and others working in the programme, would be selected as one of the monthly winners speaks volumes about their work. It’s a great fillip for the diocese, for youth ministry here and will, no doubt, embolden all involved for the future.” 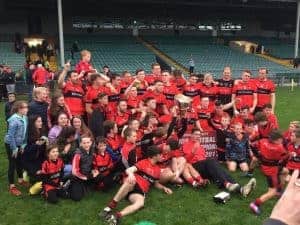 Adare Senior Football Team was also honoured at the Limerick Persons of the Year Awards In recognition of their awe inspiring performance, which saw them claim the County Senior Football title for the first time in their history. The team manager, Harry Gleeson, accepted the award on behalf of the team at the Awards Banquet on Thursday 15th February 2018 at the Clayton Hotel.

Also at the gala event, former Minister for Finance, Michael Noonan TD was honoured with a Lifetime Achievement Award. He was acknowledged for his work on bringing Ireland out of the bailout, and for playing a leadership role in the resurgence of Limerick.

His long-time friend, Tim O’Connor, who worked as an Irish diplomat said he was also “hugely regarded in Europe but was always rooted in his home place”

The Person of the Year Award for 2017 was Sister Helen Culhane, founder of the Children’s Grief Centre, a local support service which has helped more than a 1,000 children affected by loss through death, separation or divorce. Sr. Helen is from Croom and in her youth was a very accomplished camogie player.

Now in its 17th year and sponsored by The Limerick Leader, Southern Marketing Design & Media and the Clayton Hotel, the Limerick Person of the Year Award was set up to honour the achievements and success of local people.